Polio NSW is privileged and grateful to have two eminent Australians as Patrons, both of whom have a significant connection to polio. 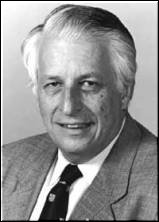 The Post-Polio Network (now Polio NSW) was founded in 1989, and over the ensuing years the Management Committee recognised that we needed a higher profile in the community to raise the awareness of health practitioners and the public to the devastating effects of the late effects of polio on survivors’ lives. Of equal importance, however, was the need to contact polio survivors so that they have information about polio’s late effects and their management. Many were and are facing problems of increasing disability, and are unaware of the cause.

As a self-funded organisation run by volunteers with a polio history, we needed assistance to achieve our aims. Accordingly, in early 2000 we decided to invite patronage of the Network. The decision to approach a possible patron is not taken lightly, and we were keen to make our choice as relevant to the Network’s members and activities as possible.

In writing to Sir Gustav Nossal, Australian of the Year 2000, we told him that the Network would benefit greatly from having as its patron an eminent scientist who has been so conspicuous in the fight against infectious diseases - we believed his patronage would be particularly appropriate in our case. We were delighted when Sir Gustav accepted our invitation. He wrote “… congratulations on the very important work [the Post-Polio Network is] doing. I am proud now to be your Patron.” We are equally as proud that Sir Gustav has agreed to become our Patron.

Sir Gustav has made a remarkable contribution to science and technology. His influence has formed and shaped the scientific affairs of Australia for three decades, and continues to do so. Sir Gustav’s research accomplishments are world-renowned. His work confirmed Burnet’s theory of antibody formation. This was a turning point in understanding the immune system. As a researcher, and as Director of The Walter and Eliza Hall Institute of Medical Research over thirty-one years, he has helped build the foundations of modern immunology. Under his directorship, the Institute went from strength to strength; it is still the pre-eminent medical research institute in Australia and one of the great medical research institutes of the world.

Sir Gustav has been an energetic warrior for improving global health through his long-term involvement with the World Health Organization (WHO), most recently as Chairman of the Global Programme for Vaccines and Immunization.

In April 1998 Sir Gustav was interviewed for the Australian Academy of Science's Video Histories of Australian Scientists program. In speaking of his work at WHO he said:

Well, through the great generosity of UNICEF and of Rotary International, we have the Expanded Program of Immunisation, a solid program which has got rid of poliomyelitis from the Americas and should have got rid of poliomyelitis from the world by 2000 or within a couple more years – a wonderful triumph. This same program has materially upgraded the use of the six vaccines that are common in childhood and it has also made big progress in measles.

Now comes the big ‘but’. We got stuck at a coverage rate at or just below 80 per cent. Going the extra mile to put it into the 90s or even the high 90s has proven very difficult. And, of course, countries are heterogeneous. In the 28 poorest countries of the world, mostly in sub-Saharan Africa, the progress has been less than remarkable.

In answer to the interviewer’s question: “I think you’re looking forward to the new millennium, when you’re going to be able to announce the absence of polio from the world. It’ll be a classical moment.”, Sir Gustav responded:

Yes. I actually think that if we can do this task – it’s now only a matter of time – it will have a galvanic effect on the world. We had the smallpox triumph, but in our lifetimes smallpox really affected only people in very poor countries, whereas polio crippled a President of the United States. Practically everybody has a friend who’s got a gammy leg or arm from polio. … So people can identify with that. If [polio is] gone from the world, if you do not have to vaccinate any more, just think of the savings. Not having to vaccinate would probably pay for all of the previous research on vaccines since the dawn of history in a single year.

Professor Emeritus Sir Gustav Nossal is indeed a most appropriate Patron for the Network. 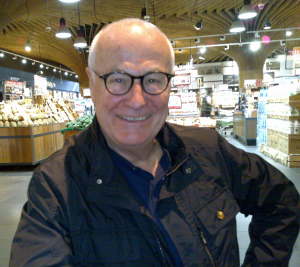 In June 2017 we were thrilled to announce that Michael Lynch AO CBE had accepted our invitation to become a Patron of Polio NSW. As well as his eminent qualifications for the position as outlined below, Michael is also a polio survivor, having contracted polio in the early 1950s.

Michael was Chief Executive of London’s Southbank Centre from 2002 until 2009 and was responsible for the major renovation of Royal Festival Hall and the transformation of the Southbank cultural precinct.

From 2011 to 2015 he was Chief Executive of the West Kowloon Cultural District, an ambitious project which will see a huge arts precinct built on the shores of Hong Kong‘s Victoria Harbour.

Michael was appointed a Member of the Order of Australia (AM) in 2001, and in 2008 he was named a Commander of the British Empire (CBE), both for services to the arts. In 2017 he was appointed an Officer of the Order of Australia (AO) "For distinguished service to arts administration, to leadership of international cultural institutions and nationally recognised art organisations, and through contributions to Australian public life".