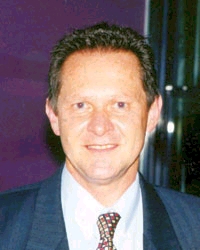 Before joining the University of New South Wales, Peter Roebuck was a Senior Audit Manager with Deloitte Touche Tohmatsu. He has worked both in Australia and the USA.

He is now Head of the School of Accounting at the University. Peter has also played an active role in the Institute of Chartered Accountants in Australia, being past Chairman of the Accounting/Auditing Panel and a past member of the Continuing Education Committee.

Peter Roebuck has audited the Network’s financial accounts on a pro bono basis since 1990 and we are truly fortunate that he continues to volunteer his professional services to us each year.

At our Annual General Meeting on 16 December 2001, Peter was one of 70 volunteers whose efforts were publicly recognised by the Network. Each volunteer was awarded an official International Year of Volunteers Certificate and Lapel Badge in recognition of their significant contribution to the activities of the Network, often over many years.